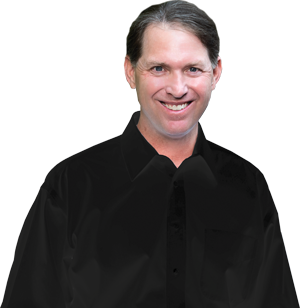 Robert (Bert) Ward Jr., is a native of Alamance County. Since the mid-1990s, Bert has been actively involved in the purchase, sale, renovation, and management of residential properties, and has worked for some of the Triangle's and Triad's top-ranked real estate companies Coldwell Banker - Howard Perry & Walston (HPW), Coldwell Banker – Triad REALTORS® (CBTR), and Keller Williams Realty – Burlington Market Center.

After helping lead Walter Williams High School to the State AAA Football Championship as quarterback and team co-captain, Bert briefly left Alamance County to earn a Bachelor of Science degree from East Carolina University. It was there that he met his wife Mary Staton, who he's been married to for over 30 years.

Upon graduation, he came back to Alamance County to work in credit and collections for Unifi, Inc., an international textile company. From there, Bert obtained his real estate sales license in the summer of 1996 and went to work for Coldwell Banker – Alamance Realty in Burlington. After working there for just a few months, Bert accepted a better job opportunity with Better Homes & Gardens – Howard, Perry & Walston (HPW), as a new construction on-site sales agent at Mill Creek Golf Club in Mebane, representing nationally recognized custom home builders C. Richard Dobson (now part of D.R. Horton America's Builder) and John Wieland Homes.

By 1998, Bert had acquired a couple of rental properties, moved on from Mill Creek to obtain his broker’s license, and went to work for Dan Mohr Real Estate Schools, one of the oldest and largest private real estate schools in North Carolina. While employed there as the office manager, he completed the residential appraisal courses and in 2000, began appraising for LandAmerica OneStop (formerly Primis Appraisals, and last known as eAppraiseIT), a leading title insurance company and real estate appraisal/property information service provider.

After the most challenging years in the real estate market, since the Great Depression of the early 1930s and expiration of the first-time home buyer's tax credit, Bert decided to get back into real estate sales full-time in late 2010 by going to work for Coldwell Banker – Triad Realtors in Burlington (CBTR). After just a few months Bert was recruited and transferred to Coldwell Banker – Howard, Perry & Walston (HPW) in Mebane.

Although 2012 was a banner year for Bert in real estate sales, it was not for Coldwell Banker – HPW’s Mebane office. In 2013, they closed their full-service Mebane office and consolidated operations into the Hillsborough office. They then opened a new satellite/kiosk limited service office in Mebane. With the sales meetings and admirative support all being handled out of Hillsborough, Bert decided to leave Coldwell Banker - HPW and go to work for the largest real estate firm in Alamance County, Keller Williams Realty – Burlington Market Center. Approximately six months later, Bert’s wife Mary Staton obtained her real estate broker’s license, and in the Fall of 2013 Bert & Mary Staton opened up their own real estate firm, Black Diamond Real Estate.

In 2014, Bert was appointed as a Director to the Burlington-Alamance County Association of REALTORS board, serving two terms from 2014 - 2016. In 2017, Bert was appointed to serve as an Officer to the Burlington-Alamance County Multiple Listing Service (MLS) Board, which requires its board members to be active practicing brokers-in-charge. In 2019, Bert served as President of the MLS Board overseeing the successful and seamless conversion of a new MLS operating system and the adoption/integration of a new showing/scheduling/record-keeping service provider, ShowingTime. In 2020, Bert got back into the appraisal business and was also appointed to serve on the MLS board for an additional three years.