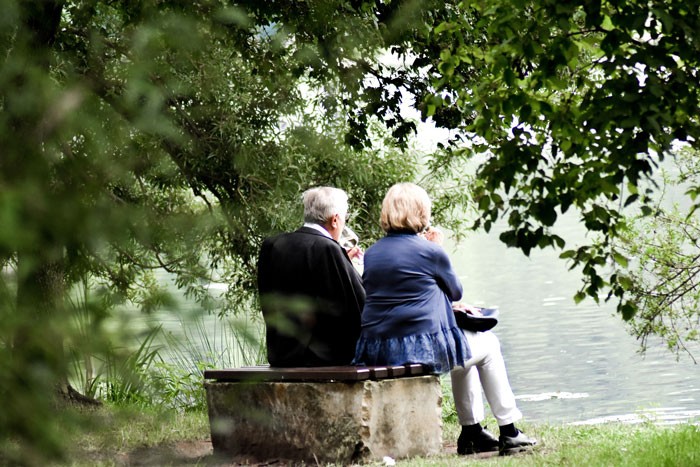 One day while working in the C. Richard Dobson model home in The Park neighborhood, a middle-aged looking couple dropped in to tour the home.  They seemed impressed with the Mill Creek master-planned community development, and excited about buying a home there.

After touring the home, the husband decided to briskly walk the lot with his wife shadowing him from behind.  I decided to observe from a distance on the back patio giving them personal space to look around and discover the lay of the land on their own.

The husband, meticulously surveying the land, continued walking beyond the grassed backyard and onto the back end of the next door cleared lot, at the end of the cul-de-sac.  The next thing I know, I saw him walk right into a sandy looking quagmire, ankle-deep. Seemingly unfazed, he proceeded to take two more steps and was shin-deep, then another two steps and found himself thigh deep.  In just a matter of seconds be for things had gone from bad to worse. I was stunned and speechless as I looked on in disbelief at what was unfolding before my very own eyes. It was as if I was watching an old western movie where the good guy was being swallowed up in quicksand.  Nothing in real estate school or new agent training had prepared me for what to do in such a situation.

Determined, the man mustered with all his might and strength to somehow slowly trudge through it all and walk his way out of this sinkhole to freedom.  As he made his way back to the house, I made sure he was ok and saw that both pant legs were heavily covered in this quicksand looking slop. Thinking quickly I remembered that the home had a garden hose used for watering bushes that were hooked up to the front side of the house and I sprang into action to hose him down as best I could.

The man and his wife then quietly walked down the driveway, got in their car, and drove off.  I never heard from or saw them again and twenty-two years later I still can’t help but wonder where they ended up settling down.

Tweet
What is a Hypothetical Appraisal?
Gross Rent Multiplier